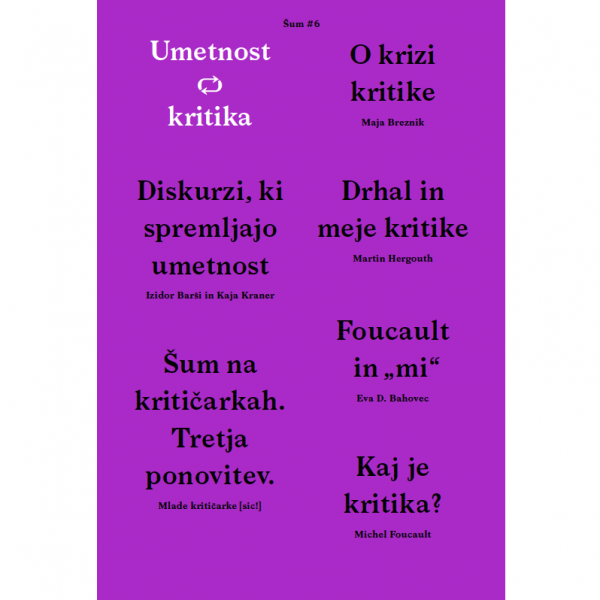 The first part of the issue focuses on criticism in the field of art, more specifically on the crisis of art criticism, which has appeared as one of the central themes in the local space especially in the last decade. On the one hand, published texts in this part explore the conditions of the possibility of art criticism, on the other, they focus on the current situation; Maja Breznik presenting her comparative empirical analysis of critical writing and publishing in the 1980s and today, while the Young Female Critics [sic!] for the third time try to point out the problem in which they found themselves and is hardly ever recognized as a real problem.
The second part deals with critique in the wider sense and focuses on the notion of criticism, as understood in the context of political thought and philosophy. At first glance, criticism is here completely distant from “small polemical-professional activities” of art critics, but by exploring the historical conditions of the possibilities of the latter, we can discover the forms of critical practices that have also completely different objectives, application areas and other assets as/of those that are professional critical practice. The question we are trying to ask in this issue is therefore primarily what would mean reacting to a so-called crisis of criticism in such a narrow area as art criticism from the point of view of the wider tradition of critical thought.