The Power of City, The City of Power 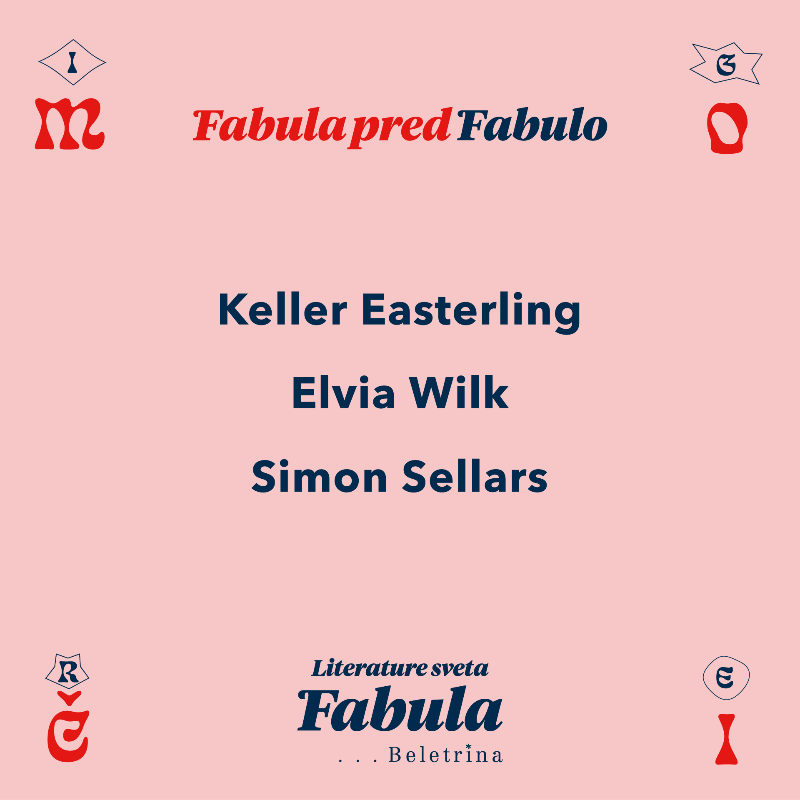 Fabula before Fabula, the theoretical nucleus of the festival will focus on the power of city. What kinds of forces are breaking in cities today and what will cities of the future look like? How does literature reflect the upcoming dystopia, utopia and atopia. How can we understand it through theory? To quote William Gibson: The dystopia is already here – it’s just not evenly distributed.

Three guests of Fabula before Fabula will first appear with short lectures, each in a different format, followed by a panel discussion.

Keller Easterling is an American architect, urbanist and Professor at the Yale School of Architecture. She is known as one of the most prominent design and urbanism theoreticians who deals with the question of power positions inside architecture itself. What is the meaning of a public space? Where does it receive power and who does it empower? In what ways can we see power positions of the wealthy when it comes to urban planning and who gets pushed to the side because of this? Her book Extrastatecraft: The Power of Infrastructure Space (Verso, 2016) discusses these questions.

Elvia Wilk has made a strong mark on the niche literary scene with Oval, her novel that was published in summer 2019. She has written a confident dystopian work which toys with the possibility of the near future: what will happen to technology, to the environment and, most importantly, to human relationships? Is it already going on? The novel received positive criticism all around the world, in the New Yorker and LA Review of Books among others.

Simon Sellars is the author of one of the most famous attempts of the theory-fiction genre. Applied Ballardianism is especially interesting for the Slovene public because part of it also takes place in Ljubljana. Guardian proclaimed it as a “brilliantly written genre mashup.”

At the event, the debut issue of the magazine Šum with the title Ljubljanastrophe will be available. It was made in cooperation with Fabula and Ljubljana, Unesco City of Literature.